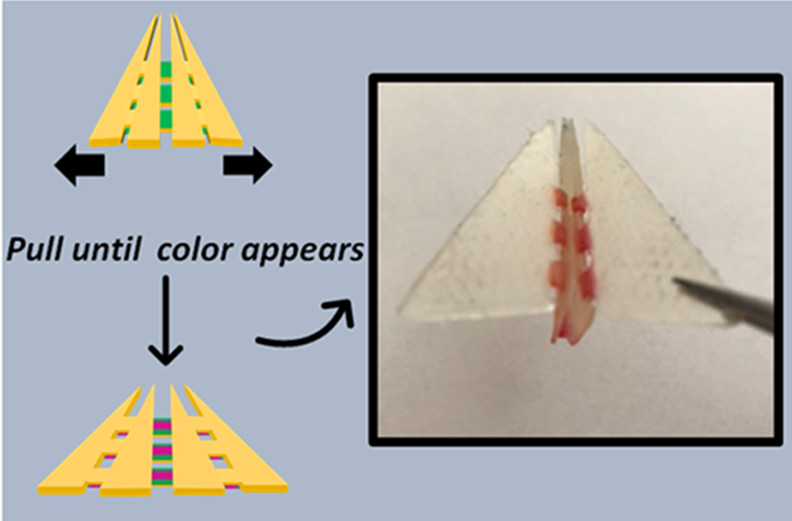 Stimuli-responsive materials can enhance the field of three-dimensional (3D) printing by generating objects that change shape in response to external cues. While temperature and pH are common inputs for initiating a response in a 3D-printed object, there are few examples of using a mechanical input to afford a response. Herein, we report a suite of mechanochromic ionic liquid gel inks that can be used to fabricate 3D-printed objects that use a single mechanoactivation event to elicit both a mechanochromic response and an autonomous shape change. Direct-ink write 3D printing was used to deposit ionic liquid gel inks to create multimaterial objects that underwent a predetermined mechanoactivated shape change (mechanomorphic) when the sample was pulled and then released. When spiropyran was incorporated into the inks, the onset of spiropyran isomerization into its purple merocyanine form occurred at strains dependent upon the particular ion gel ink formulation. We suggest that the color onset could be used as a simple indicator for when the strain required to achieve a predetermined change in shape has been reached, potentially serving as real-time visual cue for the user. Such morphing 3D-printed structures with integrated instructions have potential application to areas including stowable structures as well as multiresponsive autonomous components and sensors.