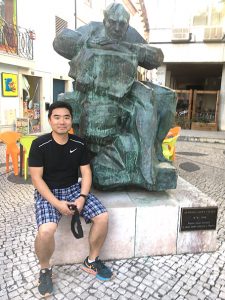 Chang-Uk is originally from Pusan, South Korea where he graduated with honors with a B.S. degree in Polymer Science and Engineering. He then completed M.S. and Ph.D. degrees focusing on a combination of materials science and synthesis of advanced polymer structures. During his doctoral studies under the guidance of Prof. Donghui Zhang, he worked on synthesizing a new class of peptidomimetic materials (polypeptoids, structural mimics of polypeptides), cyclic block copolypeptoids, and studying their self-assembly in solution and macroscopic properties. He then took an appointment as a postdoctoral scholar at the University of Kentucky Center for Applied Energy Research (UK CAER). In April of 2014, Chang-Uk made the move to Seattle to join the Boydston group as a postdoctoral fellow and begin studying polymer mechanochemistry.